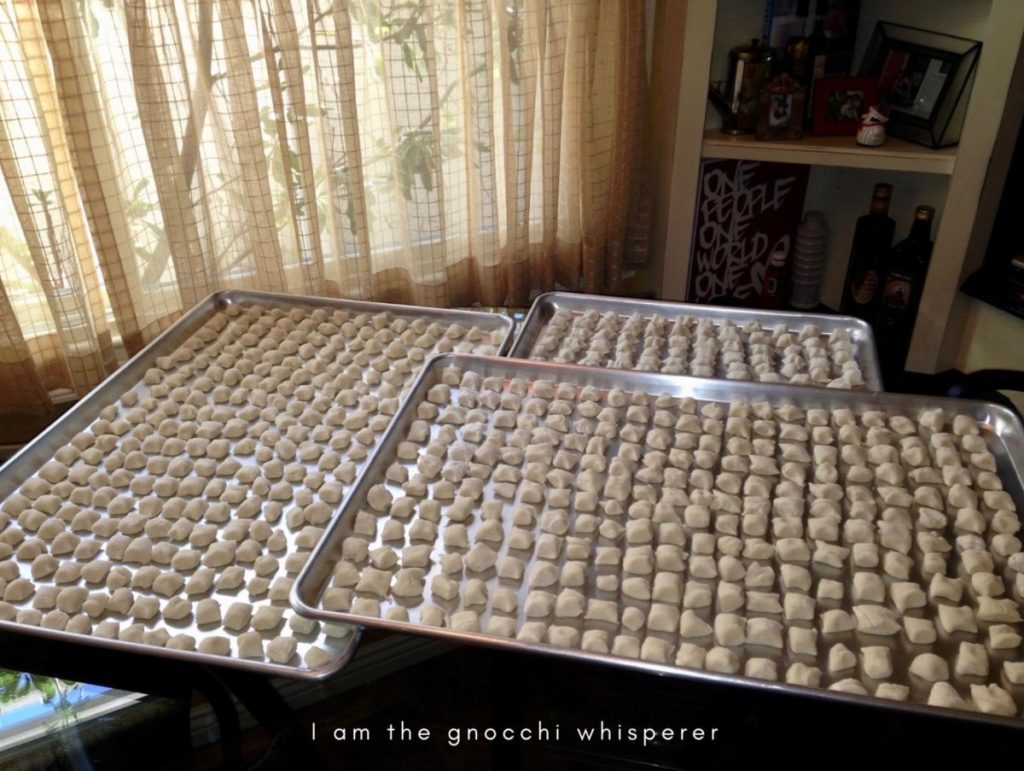 The Pandemic, Racism, Politics, and Gnocchi

Gnocchi is my favorite food, especially homemade gnocchi. When I’ve successfully made a batch of potato dumplings ready for the red sauce, the texture is delicate, airy, and fluffy—they’re like tiny, heaven pillows. But holy gnocchi, there is so much below the surface.

I love my grandma Ciarolla’s recipe, but it’s a pain in the fanny. Her recipe is so tasty but so temperamental, so incredibly difficult to work with, and sometimes it’s a total bust. Even so, I haven’t given up. I still try and make them anyway (as I did today). Reminds me of the poem by Mother Teresa, the one that begins with “People are often unreasonable, irrational, and self-centered. Forgive them anyway.” She ends the poem with, “In the final analysis, it is between you and God. It was never between you and them anyway.”

So 2020. Wow. What a year so far. Differing viewpoints on topics like Covid19 and racism in an election year sure have brought together interesting ingredients for a difficult, seemingly impossible, messy recipe.

I have to remind myself of the things I do know and things I don’t know—and that there’s so much at play just below the surface. It’s more likely there’s a whole lot more that I don’t know than do.

I’m curious. So I’ve been absorbing a lot these days—from differing and various sources and opinions.

I’m listening to an audiobook titled, “How to be an Antiracist.” It should be noted that I never thought of myself as a racist.

In My Utmost for Highest devotional, for June 17th—today’s passage—Oswald Chambers writes about being judgmental: “There is always at least one more fact, which we know nothing about, in every person’s situation.”

I read that line a bazillion years ago and it really resonated with me. I think of it often, but no doubt, not often enough. There have been occasions when it’s helped me veer away from the judgy direction I’d been headed. It helps me to remember that there’s undoubtedly much more to the story…and if I had that “much more,” or even “one more” fact, I may see things differently, I may see that person differently. That new fact resulting in more understanding might be the ingredient I needed in order to have empathy.

Here’s an extreme example. I watched the documentary Simon Sinek speaks of here in his Facebook post and I’ve got to tell you, the documentary was tough to watch. The language and images in “White Right: Meeting the Enemy” are vile. I won’t say it can’t hurt to watch, because it does. But it might also help.

As harsh and offensive as the documentary content is, I think it’s worth watching because we see what’s underneath the hate. The filmmaker became a changemaker simply by her genuine curiosity, her desire, and effort to understand.

She got to them.

If we could do that when we are confronted with hate or just differing viewpoints? It might just be a revolutionary act.

In this talk I gave last January, I refer to the wisdom the writer Eckhart Tolle offers about our common humanity and forgiveness: Eckhart writes, “To forgive is to overlook, or rather look through. You look through the ego to the sanity that is in every human being as his or her essence.” When I heard his adjustment from “overlook” to look through, things got crystal clear. When we see through, we see that person’s sameness, our common, human, futile struggle. Forgiveness for them and us can be easier, cleaner.”

In the “Prayer of St. Francis,” there is a line about seeking not so much to be understood but to understand. That line really resonates with me as well. And, I don’t remember to do it as often as I ought. If I’m honest with myself, I really want to be understood. But to understand? To try and really understand what’s below the surface?

Still. We may read all the books, get all the history, accumulate knowledge, get the facts, have an open mind, love others well, pray the prayer of St Francis, use every “ingredient” in Mother Teresa’s “recipe,” and the gnocchi still might not come out like soft, fluffy heavenly pillows.

We may not know what went wrong.

People are ever-evolving, they’re like gnocchi in-the-making. They’re difficult, temperamental, they’re often unreasonable, irrational, self-centered, dense little potato dumplings. Don’t give up. On them or yourself. Work as best you can. Hope. Pray.

Just below and above heaven’s surface, it’s between you and God anyway. And that’s where you’ll find the soft pillow where you can rest your head. 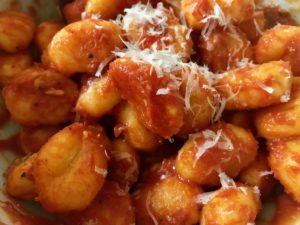