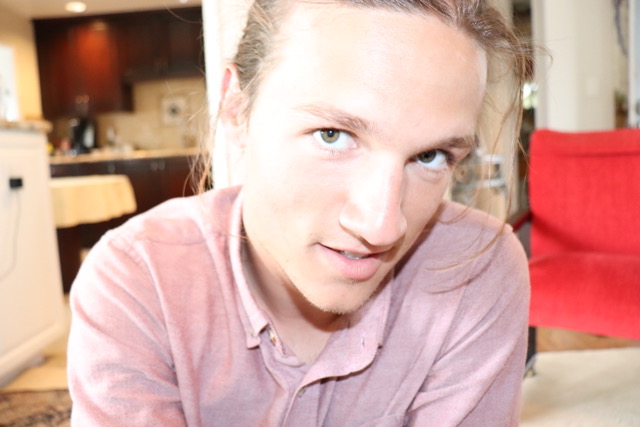 This is Jared. He’s one of my handsome nephews. Do you see how white the whites of his eyes are? That’s the real deal, no photoshop, folks. I think that white reflects his good insides, his intent.

Here’s an excerpt from The Little Love That Could where I mention clear-eyed, Handsome Jared:

“At Thanksgiving 2016, our family made a pact that no one would talk about the recent Trump-versus-Clinton election. This was a very good idea.

And there was another very good idea. Rather than playing a board game or charades, my nephew Jared wrote some questions on little pieces of paper and put them in a bowl. Someone would extract a scrap and read the question, and then we went around the room, taking turns answering. This turned into one of the best post-turkey activities ever. I think we all learned some pretty valuable things about each other.

One of the questions we answered was, “If you learned you had one year to live, how would you spend that year?”

I said I would be very busy, and listed some of my action items…”

If you’re curious, you’ll have to read the book to find out what my action items were. If you’re not, it’s cool.

In my social media feed this week, I saw an ad for the same idea from My Intent.  Or, you could be creative and write your own thought—and maybe love—provoking questions. I do like their name: My intent.

What timing: Thanksgiving right after impeachment inquiry hearings. I know people who are on the outs with family members because of previous political talk. That just stinks, and it doesn’t have to be that way.

When you gather this week, what will be your intent?