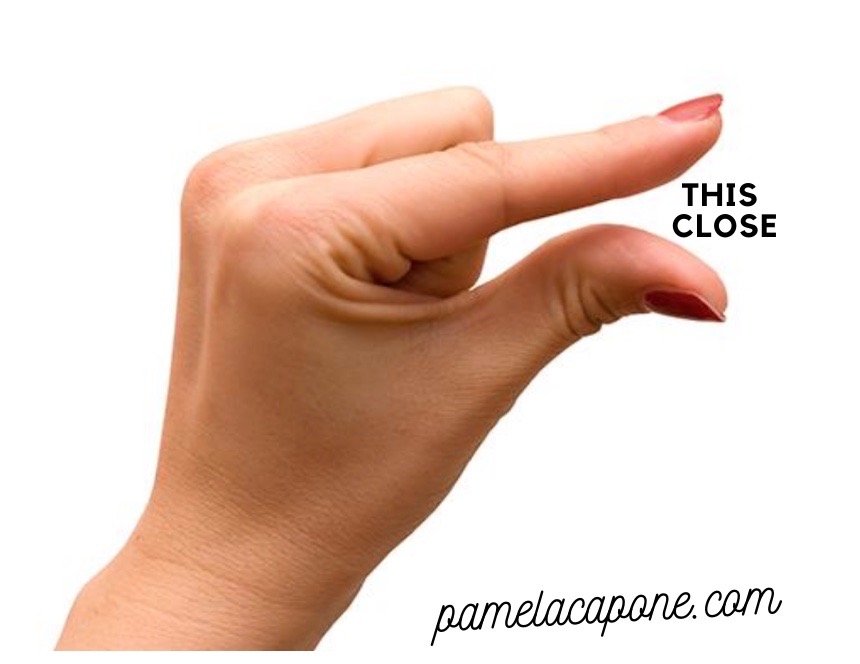 There’s a song on the current playlist on Sirius Coffee House Channel and one of the lines is, “I wish I could un-love you.” It made me think of things I regret, wish I could un-do, and various ways to tweak that line in the song—one was, “I wish I could un-say that.” (In my life, I’ve said that many times to myself.) The day before, I had a nasty pinch by someone and was feeling thankful that I didn’t say what I felt like saying in response because I was this close. So, now, I was grateful I wasn’t singing, “I wish I could un-say that.” Later that day a meme showed up in my social media feed that said, “Listen without defending, speak without offending.” As much as I may have been justified in giving that person a little what-for, it would have most likely served no good purpose, based on history. It would have been like arguing with a drunk person. Eckhart Tolle talks about an experiment to try when you feel like retaliating (when you have a pretty good idea it will be ineffectual): When you have been insulted, he suggests doing nothing for a few seconds and allowing yourself to feel that discomfort. He says you may feel diminished initially, small. But if you sit with that feeling, what emerges is the opposite. Tolle writes, “You may sense an inner spaciousness that feels intensely alive. You haven’t been diminished at all. In fact, you have expanded.”

Based on my own history, what feels good in the short term, feels bad in the long. It’s “opposite world” where contrary action is where the action is, and love can be at my fingertips.