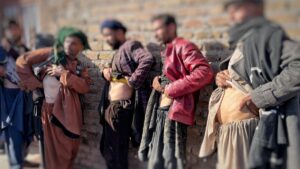 This unspeakable story was spoken on the news yesterday.

Later that day, I attempted to speak about the unspoken. Sharing with my husband, John, who hadn’t seen the clip yet, I came up short articulating what I felt—the paradigm shift that had happened for me that afternoon when I stood in my kitchen watching the small TV perched on top of our fridge, stunned. I did remind him—in case he’d forgotten—that I’m a big believer in not comparing hurt. I pay attention to the greats: Brene Brown talks about “comparative suffering’ in *Rising Strong. I heard Nick Vujicic say the same thing. Nick is a man with a rare disorder characterized by the absence of all four limbs. Nick said, “We can’t, and we should not compare sufferings.” The first time I heard him interviewed he elaborated by mentioning that some conditions are not seen and we all have pain, so it’s counterproductive—causing further hurt—to compare your hurt to my hurt, my hurt to your hurt. Anne Lamott says, “Never compare your insides to everyone else’s outsides.” And even I (not a great) has written about it.

So I’m going to attempt again to circle back to that unspeakable story. To speak, however inadequate it may be. I’m not exactly comparing your pain or my pain to these Afghanistan parents and (not but) I’m also saying that knowing their story that includes unfathomable, desperate scenarios, gives me perspective. Trying to wrap my heart around their realities shatters my heart and delivers up gratitude for the things I take for granted. Every. Single. Day. But maybe not today, not all day anyway.

*You can read Brene’s quote on this link; scroll down to #7 in the list.