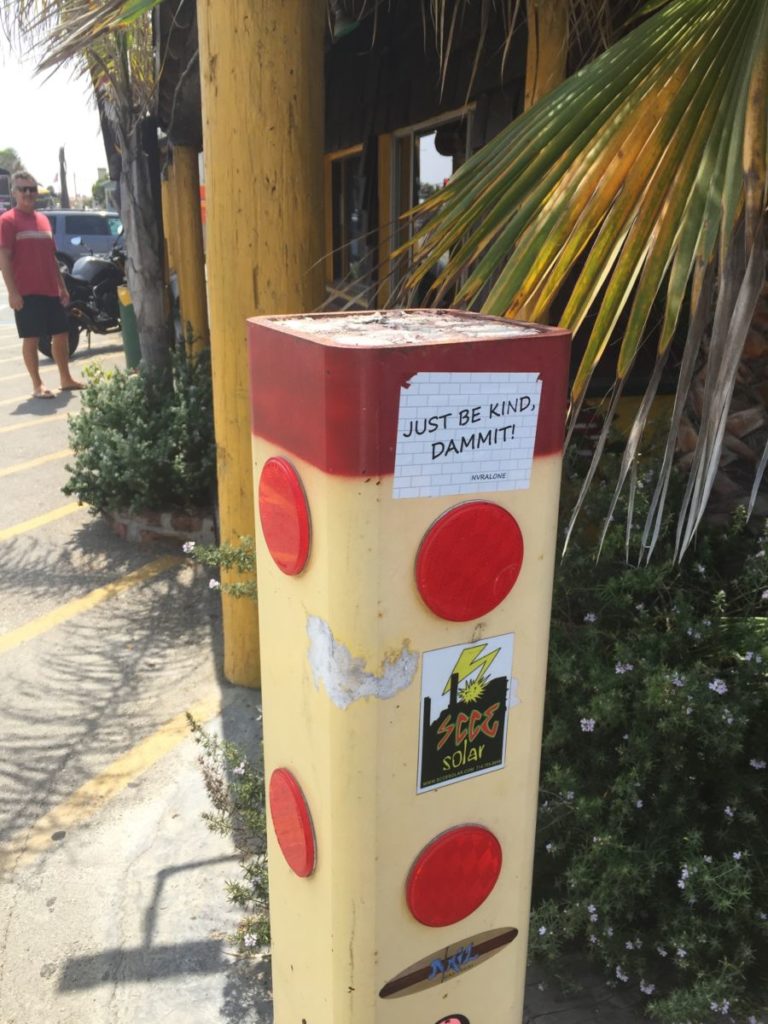 What I Know For Sure

Yesterday, on my bike, I was on a desolate trail with no one around for miles—except for a man on a mountain bike who said he needed directions. He looked like he could be anyone’s husband—late 30’s/40ish, fit, nice-looking, dressed the part (decked out in his bike wear), “lost” look on his face. I had many reasons to believe he was just who he said he was and not a predator. He rode up to me, got off his bike, took his backpack off, pulled out his huge trail map and unfolded it as he leaned into me and over my bike, literally touching my shoulder. I could feel his breath. As he had reached into his backpack, I wondered, is he taking out a knife?

From the moment I “agreed” to help him by stopping my bike, I was assessing the situation. I hated how vulnerable I felt. I hated that I stopped my bike in the first place. I hated that I didn’t know if he was a genuinely nice, albeit presumptuous, lost guy, a “close-talker” from Seinfeld, or Ted Bundy. I hated how truly afraid I was.

Helping him with his map and directing him on the trails was complicated by my fear of being bludgeoned, which fogged my concentration. I just wanted out of there.

I wondered if he noticed my pepper spray and personal alarm attached to my bike. Did that deter him? Was he going to kill me and then thought better of it when he saw my weaponry literally at my fingertips?

As I finally rode off, I was so angry and disappointed, badgering myself about what I could have done differently. Where was my voice!? Why couldn’t I say, Step off, buddy. You’re standing too close.

The classic second-guessing. The self-recrimination.

I knew why. I’m “a nice girl.” I’m polite. I was taught to put others first. Give the benefit of the doubt. Don’t be rude. I have forty tee-shirts in my closet that promote kindness.

Was I completely over-reacting, overly sensitive because I had recently read an article about women being attacked, “what to do/what not to do”?

I didn’t know. I did know that I felt an unusual foreboding. About a hundred years ago, I read a book titled, The Gift of Fear about our gift of intuition in these situations. Was this that?

A few miles later, I had reached the endpoint of my trail and had to turn around and head back the same way I came and wondered what I would do if I saw him again. I didn’t see anyone else at all, but when I did, it was a middle-aged couple and an unleashed dog who, of course, decided to chase me. The dog could have been a Collie-Chow mix. The Chow was the part I worried about because we had a Chow-mixed dog way back when.  Let’s just say that Chows are not Seinfeld close-talkers, they’re Ted Bundys.

I know hikers and bikers who have been bitten by dogs on this trail. They worry more about unleased dogs than the mountain lions.

The couple was yelling and chasing the dog and I was weaving and trying to pedal while lifting my legs high enough that he couldn’t bite me. This is hard to do. All four of us were out of control. An onlooker might see the humor.

I was now approaching the shaded creek that dips down into a V and a mass of rocks and deepish water. I had taken it on the way up and knew the water level was high enough to be careful even in the best-case scenario.

This was not that best-case scenario. At the moment of truth, I had no doubt I was about to crash into the rocks if I attempted to pass through, and so I had a split moment to decide: Do I want to smash into the rocks head first and get hurt for sure or do I want to stop the bike suddenly and possibly be bitten by a dog? Also, I saw the potential of crashing into the rocks AND getting bit while I lay bloodied in the water on the rocks. A Two-fer.

I stopped the bike on the maybe instead of the for sure.

The dog didn’t bite me, he just kept barking his stupid barky head off and impersonating a possible Chow-mix-Ted-Bundy-dog who might murder my leg.

How could I know?

The man-dog-owner finally caught up with me and the dog and tried to get him under control.

I found my voice that was missing a few miles back, and politely-yelled to the man and woman in the distance, “You guys need to have him on a leash!”

It was a one exclamation point yell.

Technically, dogs are not even supposed to be on that trail.

I felt a little empowered.

But so much further to go.