A Little Bird Told Me

What a liberation to realize that the “voice in my head” is not who I am.—Eckhart Tolle

On a separate occasion, I told my mom that I was troubled by a negative thought. She quoted grandma, again: “When I was a little girl, my mom used to say you can’t control whether or not a bird flies over you, but you can stop it from building a nest on your head.”

Even though I understood grandma’s wise metaphor, for the most part, I haven’t lived by that wisdom. As a result, there have been many nests up there. 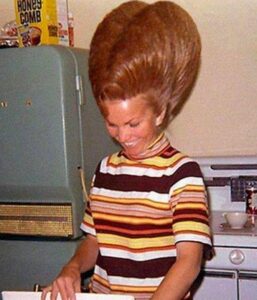 But that’s changing, and today I noticed new layers of awareness.

This morning I observed a “friend’s” photo on Facebook. There was internal commentary without real-time awareness, and so what I “heard,” went unchallenged. Oblivious of that voice in my head, I then moved on and went about my day—but with this vague aftertaste, unaware that I had ever eaten.

The photo came to mind later in the day, and I suddenly became aware of the thoughts I had (the internal narration) as I had looked at the photo earlier. I realized there were several unconscious judgments and negative thoughts about it. To be more precise—and more honest—about the person in the photo. I counted them. There were six.

I was embarrassed by my self for my self. I saw my own insecurity; my own jealousy. It felt crummy.

Flooded with guilt, I thought, what a terrible person I am. I was still in judgment, but now, I was judging my self—because I have always identified as my thoughts. It’s true that I can be prone to insecurity or jealousy like anyone else, but I saw myself identifying with the crummy thoughts about my friend—making them ME. I took too much ownership.

But today, the good news was that there was no time for teeny twigs to be stacked, laying a foundation on my head. Because of recent growth, I quickly moved onto the next layer of awareness, which was:

I am not my (poopy) thoughts. I am not the bird. I may have no power over that bird’s flight pattern, but I do have the responsibility to keep it from landing and building a multi-story home on my noggin.

The best news is that this awareness releases the innocent subject in the photo and innocent me. We’re both free.

I think that Grandma Josephine and Eckhart Tolle were saying the same thing. I wonder who told them.