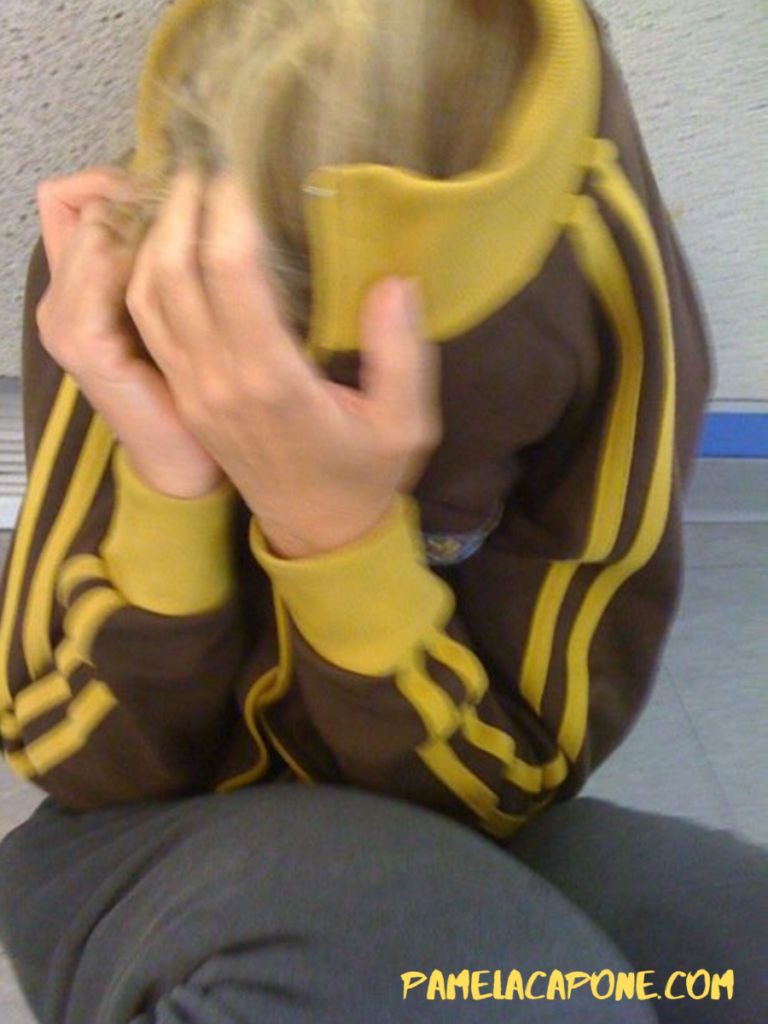 It was like déjà vu reading Jeffrey Tacklind’s book, The Winding Path of Transformation on my Delta Flight to Portland last week. I was transported back to 2008 Haiti, a few months after the massive earthquake, when I read Kahil Gibran’s The Prophet. In Gibran’s passage, “Joy and Sorrow,” I was feeling ineffable sorrow having witnessed what I had in Haiti, and so the subject matter could not have been more fitting. As though the book had fallen from the heavens into my lap: Here, read this. You need this.

But on this flight with Tacklind’s book, the subject matter wasn’t sorrow, it was vulnerability. And it could not have been more perfect. I needed it. Tacklind writes about his own painful vulnerability and because he did, I wasn’t feeling like the only other naked person on the planet, hugging myself, shuddering.

Some backstory: The day before the flight, I had posted a YouTube video of myself talking about something terribly personal. As I had clicked on the “post” button, I had that “you might regret this” fear tingle run up and down my spine, but I did it anyway.

So vulnerability is what I get. I sign up for that stuff when I put myself “out there.” I get it. I know it. I did it. And I get to suffer for it.

A few days later, still marinating in my vulnerability sauce, I just happened to be in a setting where a couple of people had mentioned that they had purchased my book, The Little Love That Could, which was followed up by awkward silence. I thanked them for their support, of course, but then they just nodded and smiled politely. Now, chances are they hadn’t read my book yet, but there is that chance they both read it and they both thought it was the most atrocious piece of garbage they’ve ever read in their lives. This is certainly possible. This is my fear. Or maybe it’s just not their cup of Kombucha. I get plenty of nice feedback about my writing (even awards and great critical reviews) but silence is tough. And it happens way more often than I like. From people I don’t expect, and sometimes do.

“Since I posted this, I feel like I am walking around naked in a world full of clothed people with varying degrees of cover. Some people are wearing parkas and wool hats, some in summer clothes and Rainbow sandals, some in full armor, but right now I feel like a little nudie with everything exposed. There are probably some other nudists around but right now I don’t see them…”

It’s such a temptation to explain myself, especially while I’m waiting through polite smiles and awkward silence. (Like right now.)

While I was in Portland, I was at my daughter’s cyclocross bike race and blaring on the loudspeaker was The Rolling Stones, “You Can’t Always Get What You Want.” I remember thinking ain’t that the truth.

Not always what we want, but what we need.

Okay, fast forward to this morning, back at home. I picked up where I’d left off in The Winding Path and the context was “waiting.”

Tacklind writes, “Part of the freedom that comes with waiting is the dawning realization that those around me are suffering under the same burdens of insecurity and self-scrutiny. To stop obsessing over my own blemishes allows me to look past the blemishes of others. Or to not merely overlook them, but see through them to the depths of the broken beauty of redemption.”

This was the exact same message I had delivered in my YouTube video last week. (The one I was obsessing over.) I had quoted Eckhart Tolle when he says to not just overlook, but to see through. Verbatim.

And the timing, whoa.

We’re samesies. We just don’t talk all that much about it. It’s excruciating to be vulnerable and uncovered and I can’t honestly say, right now, that it’s worth it.

But in the end, I may only get what I need.

Which will be enough.

And chances are, I may already have it.