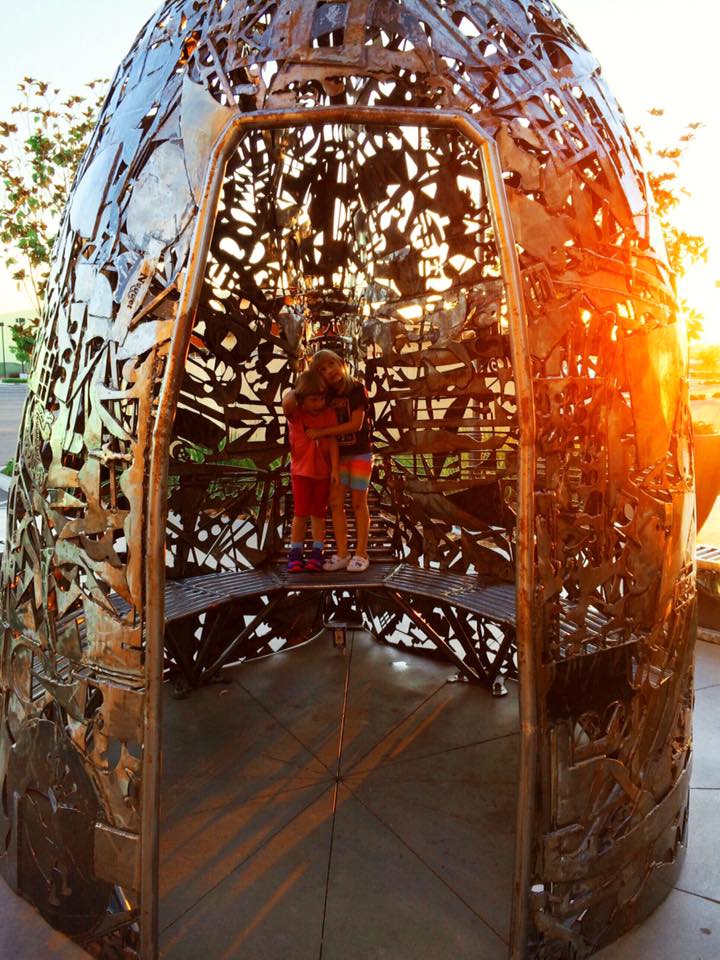 Getting in my car in basically my jammies, I hit the 5 before five and beat the early-morning Los Angeles traffic. I’d packed my toiletries and clothes I’d need for my commercial audition in Hollywood and was getting myself ready at the Sunset Boulevard 24-Hour Fitness, above the Archlight movie theatre. Standing in front of the mirror applying mascara, I tried to tune out the annoying static from the television perched in the corner of the locker room ceiling. When the static suddenly faded, I heard the voices of LA newscasters report that this morning would be the first of a four-day free health care clinic at the Los Angeles Sports Arena, and that people who had gotten wristbands earlier in the week had camped out and were waiting their turn to see a doctor or a dentist. A sadness washed over me, thinking about the people on the street who had no other alternative.

I thought about how that could have been me. I thought about how, as complicated and different as we all are, we have so much in common, such similar needs. At the very least, we need our teeth cleaned, and it would be nice to have our cholesterol checked. We’re the same. It’s just us.

I thought about that summer night in 1988 when John and I, along with our two-year-old Joey, attended an event at that same sports arena. As we got to our car, a man approached us and humbly told us he was hungry and really needed something to eat, and asked if would we help him. This wasn’t a first for us, but for some reason, the tender way he asked—the sound of his voice—touched John and I so much that neither of us could get him out of our heads that night as we tried to sleep. So much so that we ended up getting involved in ongoing work with the homeless after that.

After I finished getting ready for my audition, I still had some time to kill, so I headed to a McDonald’s. Judgmental types might think I should have outgrown McDonald’s by now. I haven’t, okay?

After I ordered my OJ and sausage biscuit with cheese, no egg, I selected the only booth available. I was literally surrounded by people who were talking to themselves, and it wasn’t that they had a Bluetooth in their ear. They all appeared to be street people with mental illness. And none of them had any food that I could see.

I felt so bad that I couldn’t eat. I didn’t know what to do. I felt guilty for throwing my food away, but I didn’t want to compromise their dignity by offering them my food, and I wasn’t sure if I should approach any of them and ask if they needed help, since they weren’t asking.

The next night I had trouble sleeping, and so I got up and checked my email. I had gotten a note from a friend/cousin, Nancy, who told me about an experience she’d just had, unaware of the one I’d had the day before.

She’d taken her daughters, Gia, six years old, and Mila, three, to a favorite hamburger joint for dinner. After they’d finished eating, Nancy followed her girls outside to the huge sculpture they love to play in (it’s actually probably supposed to be a whale, but they call it The Mermaid Tail.) This time though, there was a young woman inside. It was getting dark out, so it was a little hard to see, but Nancy said the girl was probably early twenties, had three backpacks, a few books, and an orange juice. And she was twitching, like maybe she had a speed problem.

Not expecting to see an adult inside the mermaid tail, the girls were naturally inquisitive. Mila asked what her name was (Tina), and this began a sweet conversation. Nancy said there was an “unspoken knowing” between the girl and her that she was homeless, but the girls hadn’t a clue. They just thought she was a nice girl inside a mermaid.

Gia asked her why she had so many bags, when Nancy cut in and said, “Gia, we always have a ton of bags too. I’m always carrying your stuff everywhere . . .” and then wrapped things up by telling them that they needed to get home because their 8:30 bedtime was approaching.

They said goodbye and started to walk away when Mila looked back and asked Tina, “We are going home now. Are you going home too?”

When they got into the van, Nancy had an achy feeling in her heart. Tina was so young, and she could see that she was a sweet person.

Strapping the girls into their seatbelts, she said to her daughters, “I want you to know that the girl inside the mermaid tail is homeless. She doesn’t have a home to go to, and that’s why she has all those bags.”

When they got home, Gia was taking off her shoes and asked, “Where is her mom? Where is her family?” In the email to me, Nancy wrote, “And then she started to cry. My little Gia.”

Gia came up and hugged her and said, “Momma, I feel so bad for her. She is so young and she doesn’t have anyone to help her . . .” Six-year-old Gia whispered into her mommy’s ear, “She is just too young.”

Nancy was flooded with regret, wishing she had said something to Tina like, “Looks like you are traveling. Can we go and grab you something tasty at The Habit?” She wished she had offered her something.

Tina was so sweet to the girls. Nancy didn’t want to belittle her, though. She repeated my thoughts from the day before in McDonald’s: Sometimes you just don’t know if you should offer something. Especially when you’re not asked. Nancy assumed Tina didn’t ask because the girls were so awesome to her and they were “treating her like anyone else in the world.”

Because she is. It’s just us.

I’m guessing that was a milestone—a marker—for Gia. My hunch is that Gia became slightly less innocent having encountered Tina, who was “just too young.” But in Gia’s own words, there is a revelation for me that she innately knew that this was just too much, and Tina was far too young to be without her mommy, her family, her home.

As we all are.

Reading Nancy’s email, a different sadness washed over me. It was kind of a beautiful sadness because it was mixed with the appreciation of how it impacted Gia—that she was so moved by the girl in the mermaid tail. And this, I believe, she will never outgrow.

*Gia and Mila are pictured on the first day they discovered the mermaid tail.